Argentine regulations for the control of PCBs

In Trédi Argentina, we are specialists in the integral management of PCB, covering all the aspects: from the treatment In Situ to the export. For us it is a priority to strictly comply with national and international legislation. In the following interview, Dr. Juan Carlos Federico Parmigiani presents us with the different regulations that involve the integral management of PCB in Argentina. 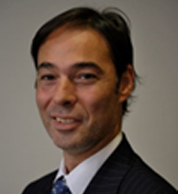 Trédi Argentina (TARG): Which are the norms that regulate the use, storage and final disposal of PCBs at a national level?

Federico Parmigiani: At a national level we have the following standards that regulate different aspects regarding PCBs.

This law has the importance of setting the basic and minimum guidelines on which the rest of the provinces must regulate on the matter (PCBs), being able to be more restrictive, but not more permissive with the maca demands by this law of minimum budgets.

This Joint Resolution prohibits in all the territory of the country the production, import, and commercialization of Polychlorinated Biphenyls and products and/or equipment containing them.

It also provides that the decontamination of equipment and disposal of polychlorinated biphenyls or equipment containing them should be treated as hazardous waste and will be covered in the recitals of Law No. 24,051 and other related rules at the provincial and municipal levels.

The PCB must be eliminated as Hazardous Waste.

Law 24051 regulates the generation, handling, transport, treatment, and final disposal of hazardous waste when it is generated or located in places under national jurisdiction or, even if located in the territory of a province, it is destined for transport outside of it, or when, at the discretion of the enforcement authority, such waste may affect people or the environment beyond the border of the province where it was generated, or when the hygienic or safety measures that should be taken in this respect have such a significant economic impact that it is advisable to standardize them throughout the territory of the Nation, in order to ensure effective competition for companies that must bear the burden of such measures.

On the other hand, although the above-mentioned standards form the structure for the use, handling and subsequent treatment of PCBs, there are other standards at the national level that complement them.

They are the following:

Approves the Standards for the Use, Handling, and Safe Disposal of Polychlorinated Diphenyls and their Wastes.

Enables the National Integrated Registry of PCB Holders, which will operate within the scope of the National Directorate of Environmental Management.

It establishes that the National Integrated Registry of PCB Holders, enabled by resolution no. 313/2005, will gather the existing registries to date, incorporate those that will be created in the future and promote the implementation of the same in the jurisdictions where they are not created, providing technical assistance to that effect.

TARG: And what are the rules that regulate the use, storage and final disposal of PCBs in the province of Buenos Aires?

FP: As far as the Province of Buenos Aires is concerned, we can say that it was one of the provinces that created the most regulations on PCBs and was even more demanding in certain aspects than the same National Law 25670 on minimum requirements mentioned above.

Among the main regulations of this province are the following:

It establishes that any individual or legal entity that possesses ASKARELES, (Polychlorinated Biphenyls “PCB”) in use, in deposit, or as a residue or constituent of residues, must declare it before the Secretary of Environmental Policy

It also created the “Provincial Registry of PCB Holders” within the scope of the Secretariat of Environmental Policy.

This law refers to hazardous waste as does National Law 24051, but unlike the National Law, the province of Buenos Aires calls it “special” waste.

From such Resolution we can highlight the following aspects:

Amends Article 14 of Resolution Nº1118/02 of the former Secretariat of Environmental Policy, which is worded as follows

“All equipment that contains or may have contained these materials, must have an inscription in a legible place indicating absence or presence of PCB, as stipulated in Annex III that is part of this Resolution.”

Amends Article 7 of Resolution No. 1118/02 to read as follows “To establish a Plan for the Elimination of PCBs in closed systems in the Province of Buenos Aires, which will have the following deadlines

Amends Article 5 of Resolution 1118/02 exclusively with regard to the meaning of the expressions “PCB-free fluid” and “disposal plan”, as follows:

It establishes the category of “Reclassified”, Equipment that has gone through a decontamination process and whose PCB concentration, after 90 (ninety) days of the end of the treatment and the start of the loading and uninterrupted operation, is less than 50 ppm.

TARG: Can PCBs be treated in the country?

FP: Yes, PCBs can be treated in the country as long as their concentration does not exceed 5000 ppm.

PCB waste considered pure (with concentrations higher than 5000 ppm) must be exported for final disposal in compliance with the Basel Convention (Law 23922 in Argentina).

Today there is no possibility of treating PCB in concentrations higher than 5000 ppm and, in this sense, this impossibility of treatment in the country enables the possibility that emerges from the above-mentioned Convention for the export of PCB as a hazardous waste, and thus, to be able to give it an adequate environmental treatment abroad.

For this purpose, certain legal requirements must be met, such as

TARG: An indispensable point to know which is the adequate treatment of the electrical equipment with PCB, is to know the limits established by the regulation – What are those limits?

FP: The limits differ mainly between those established by the Nation and the Province of Buenos Aires. The other provinces in general adhered to the national limits.

For the Province of Buenos Aires, according to Resolution 1118/2002, the limit value is 0.0002 % (or 2 ppm) determined according to standard ASTM D 4059 or other internationally recognized equivalents. When the concentration is higher than 2 ppm, the equipment can be said to have PCB or at least be contaminated with such substance.

Other considerations within the framework of the Provincial Resolution are the following:

“Waste or substance contaminated with PCB”:

TARG: And in the case of contaminated solid waste such as concrete, paper. EPP?

FP: We must consider that for the National Law it maintains the criteria with PCB limits at a concentration above 0.005% in weight (50ppm).

TARG: In the case of PCB contamination in a rural, residential or industrial area, what are these limits?

FP: National and Provincial regulations do not provide for differentiation in concentration limits according to the different areas, whether they are residential, rural or industrial.

The limits continue to be the same as those mentioned so far, summarizing for both the National and the Provincial regulations of Buenos Aires, which are 50 ppm and 2 ppm respectively.